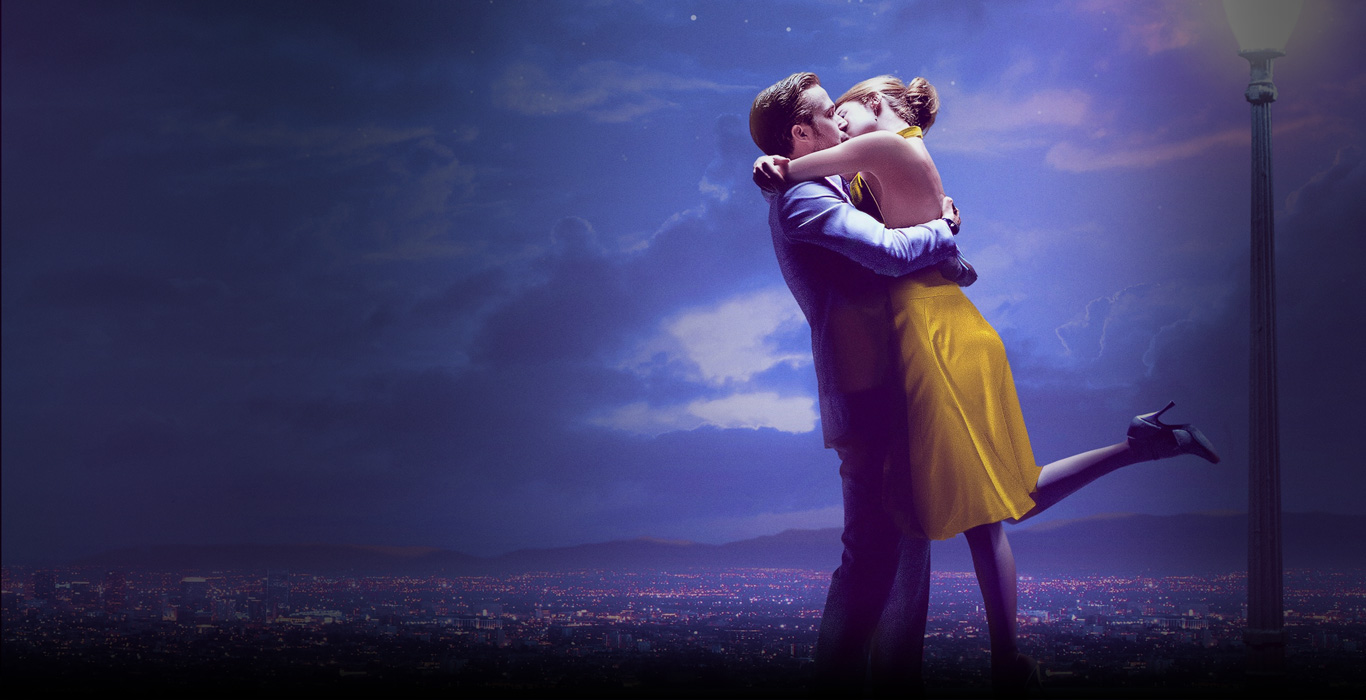 I started to pay attention to this movie when it was the very beginning of 2017, as the self media I followed, Sister taotao’s movie review(桃桃淘电影) released an article to show the strong feeling for this movie, about its story, about its screen, about its costumes, about its everything, which provokes me into see this movie in the cinema.

And I learned that it would be on show in China on Valentine’s Day, thus, I planed to watch it with my wife, definitely.

After about two hours’ visual arts，I was deeply touched by the story made by the director Damien Chazelle, who also made the movie “Whiplash” that is about the male player who plays Jazz Drum. That movie is also my favorite.

My wife asked me one question as soon as the movie was over, “why the leading actor cannot be with the leading actress at the end?” “Cause they said ‘I will be always loving you’ to each other, which means they have prepared the separation for their own dreams.”

Ryan Gosling, who plays the role as a jazz musician(So it looks like Chazelle must like jazz very much), is very handsome for each female, I shall say, including me. It is the movie “Notebook” that I got to know him as he plays the leading actor in it. He looks a blonde boy to me for the first time. Not only handsome but also blue that I can learn from his expression. So I was surprised that he would sing and dance in the movie, also worried about him that whether he could do it well in the musical with his blue face and graceful movement. However, his performance just beyonds my expectation and he sings and dances in his way properly, and I just fall in love with his singing voice, which is quite magnetic, especially when he’s playing “City of Stars”. So he already has the Oscar for the best leading actor to me.

Emma Stone, who plays the role as an aspiring actress, has that dramatic performance to make the role quite real to me, especially when she was doing the most important audition in the movie. It is the movie “Birdman” that I started to notice her as she plays the role of the daughter of the leading actor. In that movie, I was attracted to her performance in the scene of she was trying to find her father out of the window of her father’s ward. She shows the worries when she could not find him and happiness for her father when she in the end found that he was happy for doing the things he always liked. In “La La Land”, she has done very good job and I liked her smile that always gives out the feeling of hope. Looking forward to see her wining the first Oscar.

Dream or life goal, that is a question

The story of movie is about love and dream, but I think it is also about another concept, life goal. This term, life goal, to me, it can very worldly, like to be a billionaire or a president, etc. Dream, on the other side, it is very personal, a private life goal without any earthliness. So, to me, it is the movie about how to choose, dream or life goal when love comes around.

The truth is out there
55TwitterGithubRSS Feed

Except where otherwise noted, content on this site is licensed under a Creative Commons Attribution 4.0 International license.